“The British Premium Sausage Company was born out of a desire to simply make a great sausage,” says managing director Ian Cundell (pictured below).

“We wanted to change the perception of what the British public think about sausages, which, five years ago, revolved around badly manufactured products made with low quality ingredients.

“As an industry we needed to change things,” he adds.

And so a plan was cooked up to get people raving about the great British banger once again.

Ian teamed up with reputable industry specialist, finance director Andy Dalton, and the pair set to work perfecting their what was soon to be an award winning sausage recipe. They then started to manufacture from a ‘small but perfectly formed’ food making facility in Bradford, West Yorkshire.

There they didn’t build a business, they built a brand and it wasn’t long before the orders (and more awards) were rolling in. Waitrose, Ikea, Tesco, the list of big names was endless as Ian and Andy’s reputation for producing truly amazing ‘sausages of distinction’ grew.

And as the reputation grew, so did the product line, with Cumberland, Pork and Leek, Yorkshire Box and even Old Epping added to the range of mouth watering flavours on offer.

Never one to stand still, the British Premium Sausage Company then acquired specialist chorizo producer The Bath Pig and in 2019 they brought niche ‘beer snack’ supplier Cleaver and Keg under their wing.

News about the rise and rise of BPS and their premium sausage and meat products soon spread to all corners of the globe and today the company exports to as far afield as Australia and Papa New Guinea. 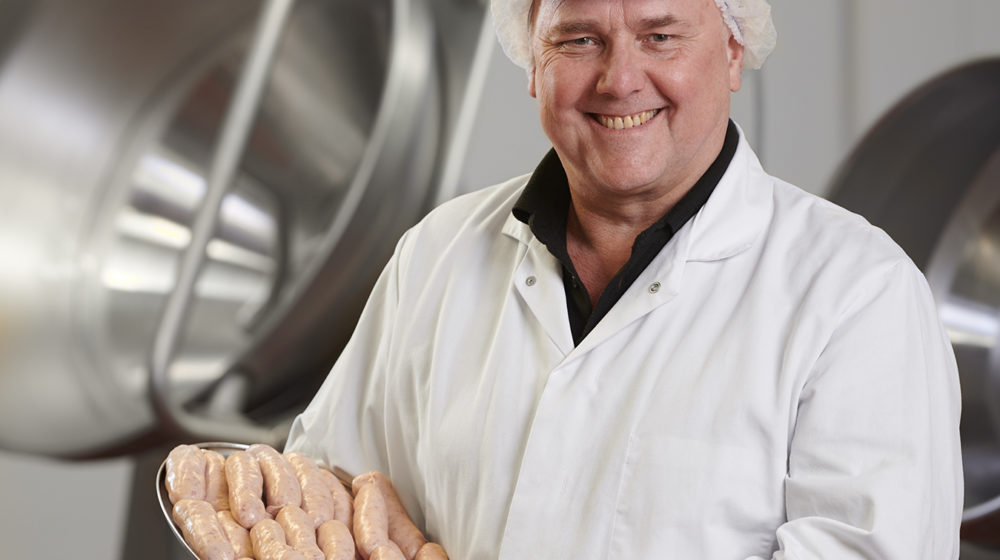 “We fell into exporting purely by accident,” says Ian. “We were exhibiting at Sial Paris in 2016 and our original intention was to find large, UK-based food service customers, but while we were there we actually received a lot of interest from overseas visitors too.”

“We’re also the only sausage manufacturer in the world with the approval to sell pork into the market in Jordan,” adds Ian.

In 2019 the British Premium Sausage Company moved in to a 10,000 sq ft purpose built manufacturing facility in Wakefield, West Yorkshire, from where the company hopes to build on its reputation of being the premium brand in sausage manufacturing in the UK.

One thing’s for sure, they’ve certainly put the ‘bang’ back in to the great British banger.

To contact Ian personally, please use any of the details below and he’ll aim to get back to you within 24 hours.